Home / Quotations / Harriet Martineau on the in...

Harriet Martineau on the institution of slavery, “restless slaves”, and the Bill of Rights (1838) 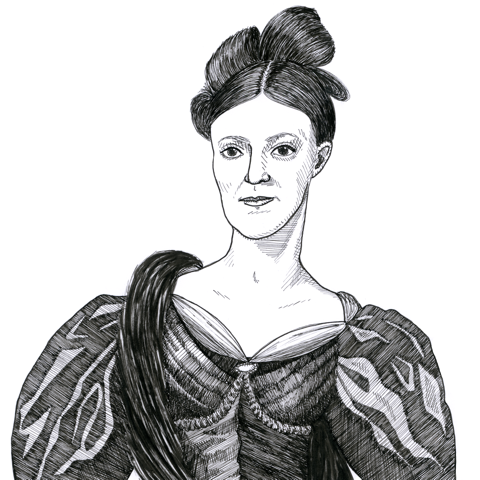 The popularizer of political economy, Harriet Martineau (1802-1876), in her account of her travels in the U.S. in 1834-36, relates the story of a slave woman, Mum Bett, who resisted a beating by her owner and demanded her liberty in the name of the Bill of Rights

Mum Bett called on Mr. Sedgwick, and asked him if she could not claim her liberty under the law. He inquired what could put such an idea into her head. She replied that the “Bill o Rights” said that all were born free and equal, and that as she was not a dumb heast, she was certainly one of the nation.

A number of liberal minded Europeans visited America in the 1830s and 1840s hoping to discover more about the new American experiment in democracy, republicanism, and individual liberty. The best known is Alexis de Tocqueville, whose Democracy in America is has been translated by Liberty Fund. Others of note include his friend and travelling companion Gustave de Beaumont who wrote a book on American slavery Marie: ou l’Esclavage aux États-Unis (1835), and Harriet Martineau who wrote Retrospect of Western Travel (1838). Martineau casts her eye, as they all did, on the glaring contradiction between the principles behind the Delaration of Independence and the Bill of Rights and the existence of slavery. Martineau was able to find a feisty black women, Mum Bett, and let her speak in her words. Mumm Bett came upon the principles of individual liberty by overhearing the conversations of the “gentlemen” she had to serve at table and thinking them through at her leisure. Note how Frederick Douglass came upon these same ideas - by reading the speeches of famous English authors and politicians, even though learning to read for black slaves was illegal for just this very reason.