George Washington on the Whiskey Rebellion and the Pardon Power 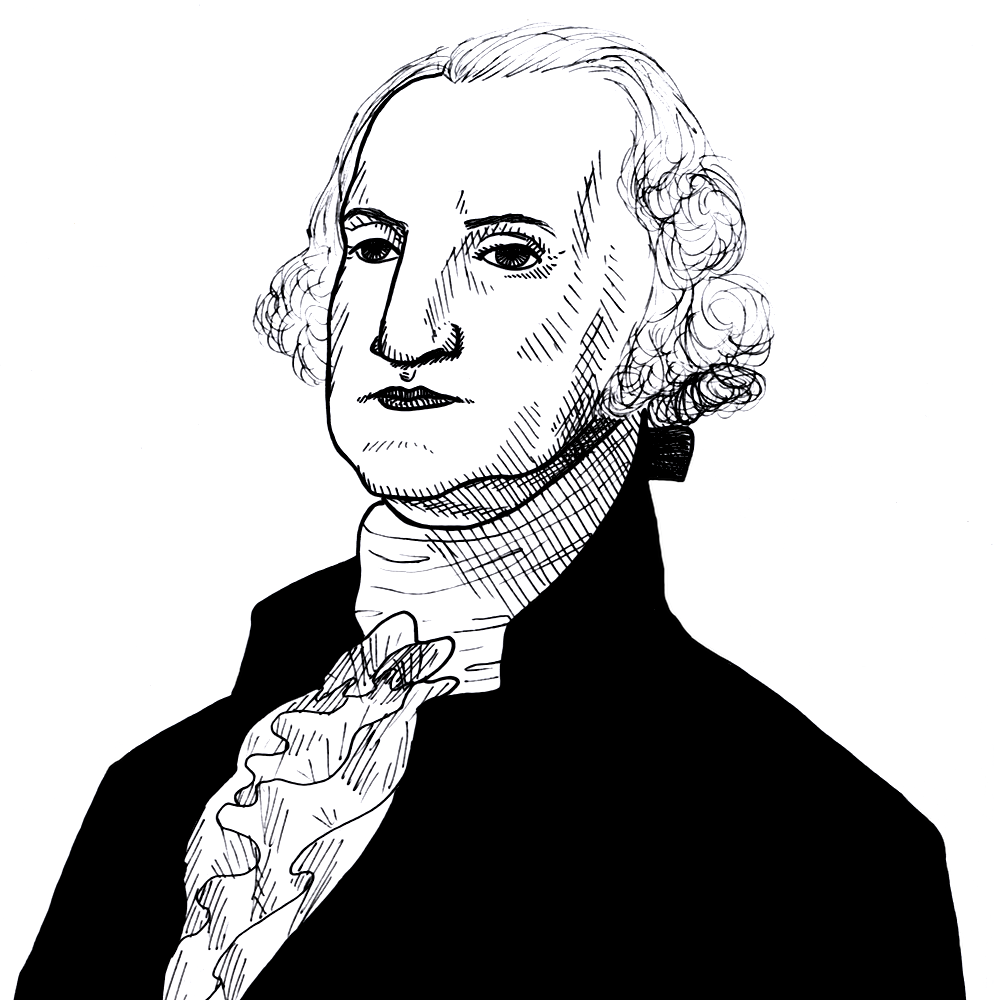 Few writers today consider the disturbances around the imposition of the 1791 excise tax on Whiskey to have been a serious challenge to the authority of the newly constituted government under the US Constitution, but that was not the impression of the first President’s Treasury Secretary, Alexander Hamilton. The resistance to and noncompliance with the excise arose early in the failure of excise officers to collect from far flung distillers in the west located for the most part in the Appalachian backcountry, and here, mostly in Pennsylvania’s western counties where nearly a fourth of the country’s whiskey distilleries were situated.

It is a valuable ingredient in the general estimate of our welfare, that the part of our country, which was lately the scene of disorder and insurrection, now enjoys the blessings of quiet and order. The misled have abandoned their errors, and pay the respect to our constitution and laws, which is due from good citizens to the public authorities of the society. These circumstances have induced me to pardon, generally, the offenders here referred to; and to extend forgiveness to those, who had been adjudged to capital punishment. For, though I shall always think it a sacred duty, to exercise with firmness and energy the constitutional powers with which I am vested, yet it appears to me no less consistent with the public good, than it is with my personal feelings, to mingle in the operations of government every degree of moderation and tenderness, which the national justice, dignity, and safety may permit. (FROM: SPEECH TO BOTH HOUSES OF CONGRESS, DECEMBER 8TH, 1795) - George Washington

Collection of revenue proved easier among the larger distilleries further east, but was far more difficult among the numerous smaller producers in the far flung western region. The main difficulty was that grain could not be as easily stored or transported as whiskey, which became not only the region’s most valuable item of trade, but was also used as a medium of exchange. For these smaller producers, it was not only difficult to raise cash to pay the allotted amounts, but severely inhibited their ability to carry on other transactions as well.

Repeated attempts by Hamilton as Secretary of the Treasury under Washington to increase what had been a very meager stream of revenue from the region, resulted in a show of mass defiance in the summer of 1794. After a skirmish with excise men in which one of the resistors was killed, various militia units numbering some seven thousand men marched on Pittsburgh on August 1. Very little disturbance to the town was actually committed but the excise officers were terrified and reported the incident as a full scale resistance.

Subsequent historical investigations have shown that the so-called resistors had disbursed soon after the march and gone home, but pockets of agitation continued to pop up sporadically in other backcountry locations such as Hagerstown Maryland. Hamilton felt that a show of force was necessary to further cement the authority of the newly constituted government by demonstrating its willingness to exercise coercion. To that end he called on President Washington to call up eastern militia units to the number of some 12,950 men and persuaded the president to ride with him part of the way west. Hamilton then completed the rounds of the resisting counties, gathering up suspected “Whiskey Rebels.”

Of some twenty supposed ring leaders brought back for trial, only two actually went before a court for treason. Both were later described as “simple” by their neighbors and on the margins of poverty. Wasington would soon pardon both, but the primary end of the show of force was deemed to be a success by the Treasury Secretary. William Findley, one of the representatives from the western counties who would later be given the unofficial title of “Father of the House of Representatives” for his long service in Congress, considered the entire incident Hamilton’s doing. In fact, he himself had been interrogated in part, he believed, because Hamilton suspected him of writing the stinging rebuke of the entire excise policy entitled, Review of the Revenue System published earlier in the year.

Findley would subsequently write one of the first historical accounts of the so-called Whiskey Rebellion. George Washington, for his part, never doubted the efficacy of the show of force and made a point of highlighting his position here in his speech before Congress, a position that was no doubt vetted and approved by Hamilton.