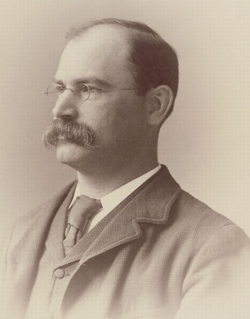 Found in Some Aspects of the Tariff Question

Frank W. Taussig (1859-1940), in a chapter on comparative advantage, shows the connection between high wages, the use of machinery, and the widespread existence of “freedom and competition in [men’s] affairs”:

The relation between high wages and the use of machinery calls for a word more of explanation. It is usually said that high wages are cause of the adoption of machinery, and that we find here the explanation of the greater use of machinery in the United States. I believe that the relation is the reverse; high wages are the effect, not the cause…. The abundant resources which so long contributed greatly, and indeed still contribute, to making labor productive and wages high, thereby stimulated the introduction of labor-saving methods in industries not so directly affected by the favor of nature. But the fundamental cause of the prevalent use of machinery was in the intelligence and inventiveness of the people; these being promoted again by the breath of freedom and competition in all their affairs.

One could almost say for a certainty that the economic truth of a proposition is the opposite of what “common sense” would usually argue for. For example, if rents are seen to be “too high” then rent control of some kind will solve the problem, when in fact such controls will almost certainly increase rents and reduce the supply of rental housing. Taussig here gives us another example concerning the link between high wages and the introduction of machinery. It is commonly believed that the introduction of machinery occurs in an industry in order to replace high wage labor. Taussig argues the opposite: that high wages are the result of machinery making the productivity of workers greater than they were before.