Francis Hutcheson on the difference between “perfect” and “imperfect” rights (1725) 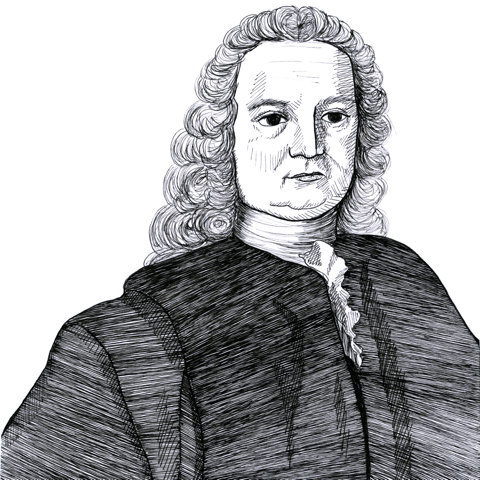 The Scottish philosopher Francis Hutcheson (1694-1746) distinguished between “perfect rights” (like the right to life and liberty) which were so essential that one was permitted to use violence to protect, and “imperfect rights” which were not:

The Rights call’d perfect, are of such necessity to the publick Good, that the universal Violation of them would make human Life intolerable; and it actually makes those miserable, whose Rights are thus violated. On the contrary, to fulfil these Rights in every Instance, tends to the publick Good, either directly, or by promoting the innocent Advantage of a Part. Hence it plainly follows, “That to allow a violent Defence, or Prosecution of such Rights, before Civil Government be constituted, cannot in any particular Case be more detrimental to the Publick, than the Violation of them with Impunity.” And as to the general Consequences, the universal use of Force in a State of Nature, in pursuance of perfect Rights, seems exceedingly advantageous to the Whole, by making every one dread any Attempts against the perfect Rights of others.

The Scottish philosopher Francis Hutcheson (1694-1746) taught Adam Smith as a student and his ideas on natural rights were very influential not only on Smith but on many others who were part of the Scottish Enlightenment. A fundamental idea which Smith also adopted was the distinction between what he called “perfect rights” and “imperfect rights.” The former were “of such necessity” to the survival of society that both the individual and the judiciary were entitled to use force against others in order to protect these rights. Perfect rights included the right to life, chastity, unblemished character, liberty, and of private judgement (especially religious thought). Imperfect rights were duties that a person ought to perform but which others should not use violence to compel, such as the obligation to give charity to a beggar, since in doing so “ greater evils would ensue in society from making them matters of compulsion, than from leaving them free to each one’s honour and conscience to comply with them or not.” Hutcheson believed that “perfect rights” were so important that when they were violated the individual had the right of “waging war” against the perpetrator who destroyed or damaged our or our neighbor’s goods, using “any necessary or suitable violence” to do so.