Home / Quotations / Erasmus has the personifica... 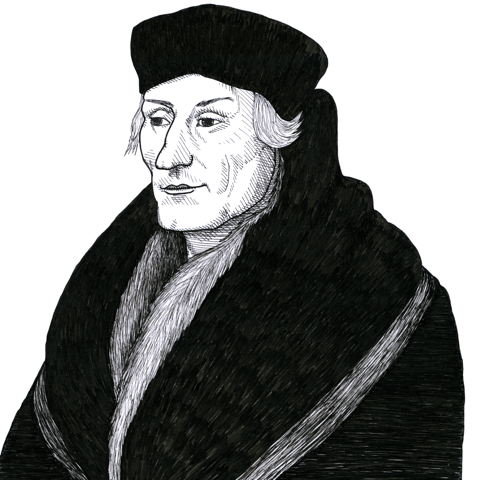 Found in The Complaint of Peace

The personification of Peace visits Earth and sees with dismay how war ravages human societies. This is, of course, a thinly veiled critique by Erasmus of Europe in the early 16th century:

If the lower orders of the people were to act in this manner [hurting their brethren in war], some apology might be found in their supposed ignorance; if very young men were to act in this manner, the inexperience of youth might be pleaded in extenuation; if the poor laity only were concerned, the frailty of the agents might lessen the atrocity of the action: but the very reverse of this is the truth. The seeds of war are chiefly sown by those very people whose wisdom and moderation, characteristic of their rank and station, ought to compose and assuage the impetuous passions of the people.

During Erasmus' lifetime Europe was torn apart by wars, often fought in the name of religion, as the Reformation divided individuals and nations into Protestant and Catholic. Some wars were fought even by the Pope. This appalled Erasmus who truly believed that the Christian religion was a religion of peace.