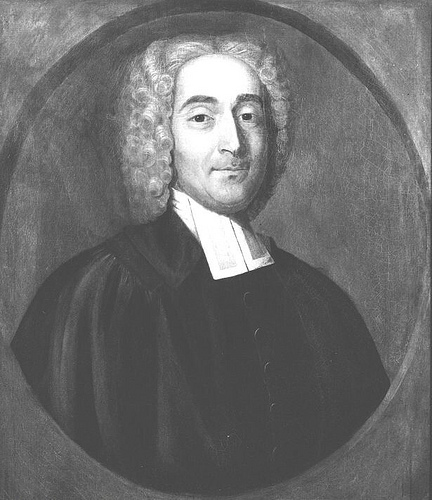 The American Congregational minister Elisha Williams (1694–1755) argues that every person has an unalienable right to read, think, argue, and speak about religious matters without outside interference or control:

The rights of conscience are sacred and equal in all, and strictly speaking unalienable. This right of judging every one for himself in matters of religion results from the nature of man, and is so inseperably connected therewith, that a man can no more part with it than he can with his power of thinking.

Elisha Williams (1694–1755) was a Congregational minister in Connecticut and Rector of Yale University. In The Essential Rights and Liberties of Protestants (1744) he applied Lockean notions of natural rights and religious toleration to criticise local laws which prevented ministers preaching outside their own parish. He argued that the liberty to think and judge was an “unalienable right” that was an essential part of what it meant to be a human being. It was a right which literally could not be “alienated” (given away or sold, or even taken away by force) without destroying the person. The right of judging for oneself was one that humans had in the state of nature and which they continued to hold after the first governments were formed. This right included the right to read (and discuss) books which may or may not be acceptable to the ruling authority. Williams wittily argues that “In a state of nature men had a right to read Milton or Locke for their instruction or amusement: and why they do not retain this liberty under a government that is instituted for the preservation of their persons and properties, is inconceivable.” What would make this argument for freedom of conscience really radical and universal in its application was when it was extended from protecting just religious freedom of belief and action to all forms of belief and the actions which result from these beliefs, as would happened in the First Amendment of the American Constitution in 1791.