Daniel Webster thunders that the introduction of conscription would be a violation of the constitution, an affront to individual liberty, and an act of unrivaled despotism (1814) 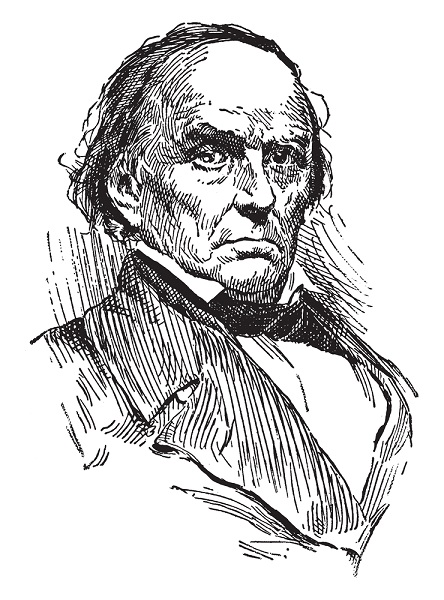 Found in Daniel Webster on the Draft: Text of a Speech delivered in Congress, December 9, 1814

Daniel Webster (1782-1852) gave a speech on the floor of the House of Representatives on December 9, 1814 in opposition to President Madison’s proposal for compulsory military service in which he argued that Madison’s plan to conscript individuals into the army was "an abominable doctrine (which) has no foundation in the Constitution"

Is this, sir, consistent with the character of a free government? Is this civil liberty? Is this the real character of our Constitution? No sir, indeed it is not. The Constitution is libelled, foully libelled. The people of this country have not established for themselves such a fabric of despotism. They have not purchased at a vast expense of their own treasure and their own blood a Magna Charta to be slaves. Where is it written in the Constitution, in what article or section is it contained, that you may take children from their parents, and parents from their children, and compel them to fight the battles of any war in which the folly or the wickedness of government may engage it? Under what concealment has this power lain hidden which now for the first time comes forth, with a tremendous and baleful aspect, to trample down and destroy the dearest rights of personal liberty? Who will show me any Constitutional injunction which makes it the duty of the American people to surrender everything valuable in life, and even life itself, not when the safety of their country and its liberties may demand the sacrifice, but whenever the purposes of an ambitious and mischievous government may require it? Sir, I almost disdain to go to quotations and references to prove that such an abominable doctrine has no foundation in the Constitution of the country.

Now and again we come across a speech which prompts us to imagine being in the audience when it was delivered. Daniel Webster had a reputation for public speaking and this speech is one which gained him that deserved reputation. The last paragraph of this quotation is one we would have very much liked to have heard: “It is their task to raise arbitrary powers, by construction, out of a plain written charter of National Liberty. It is their pleasing duty to free us of the delusion, which we have fondly cherished, that we are the subjects of a mild, free, and limited government, and to demonstrate, by a regular chain of premises and conclusions, that government possesses over us a power more tyrannical, more arbitrary, more dangerous, more allied to blood and murder, more full of every form of mischief, more productive of every sort and degree of misery than has been exercised by any civilized government, with a single exception, in modern times.” It is dripping with sarcasm which would have upset the supporters of the bill to a great degree. One wonders what government he is referring to with the phrase “single exception”? Perhaps France under Napoleon, or Britain when it was fighting the American revolutionary wars.