Confucius on Prudence and the Superior Man 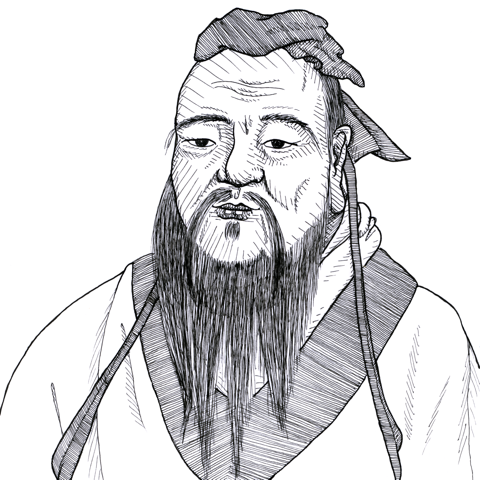 Found in The Ethics of Confucius

This quote from Confucius (551-479 BCE) provides his advice about speaking and acting:

Prudence: “The superior man wishes to be slow in his words and earnest in his conduct.” (Analects, bk. iv., c. xxiv.) (FROM: CHAPTER I: WHAT CONSTITUTES THE SUPERIOR MAN) - Confucius

This passage is taken from The Analects (Book IV, Chapter XIV), one of the most important works in the Confucian cannon. It records the sayings and teachings of Confucius (K’ung-fu-tzu, “Master K’ung”) as recorded by his disciples. It is reprinted here from a book published in English in 1915 with an introduction and commentary by an American actuary and insurance specialist who was also a poet and scholar of comparative religion named Miles Meander Dawson (1863-1942). The book was published in 1915, an important year in Chinese history: the Qing dynasty had been overthrown and the Chinese Republic proclaimed in 1912.

One of the most persistent features of The Analects are descriptions of the behavior of the “Superior Man.” Another translation of the above quotation reads: “The wise man desires to be slow to speak but quick to act.” Taken together, these translations of the Chinese give us a picture of some of the characteristics of the Confucian “Superior Man.” He is wise, and this manifests itself in prudence: The ability to know how and when to speak and act. This is also a mark of virtue, the subject of Book IV, from which the quote is taken. But the Superior Man is also a man of action, not simply of quiet contemplation.