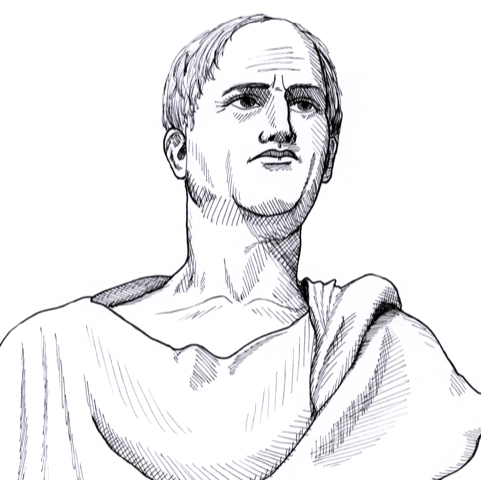 In a speech in favor of the impeachment of a corrupt magistrate, Caius Verres, Cicero urges the Senate to apply the laws equally in order to protect the reputation of Rome and to provide justice for his victims:

You, when you have been besieged by so illustrious a city on account of your own wickedness and crime—when you have compelled men, miserable and maddened by calamity, as if in despair of our laws and tribunals, to fly to violence, to combat, and to arms—when you have shown yourself in the towns and cities of our friends, not as a lieutenant of the Roman people, but as a lustful and inhuman tyrant—when among foreign nations you have injured the reputation of our dominion and our name by your infamy and your crimes—when you have with difficulty saved yourself from the sword of the friends of the Roman people, and escaped from the fire of its allies, do you think you will find an asylum here? You are mistaken—they allowed you to escape alive that you might fall into our power here, not that you might find rest here.

A key feature of the liberal order is the idea of the equality of all citizens before the law, i.e. that no individual or group is above the law, that all must submit to and be punished if they infringe upon the rights of others. Here we see Cicero, the great Roman orator and lawyer, listing the crimes of Caius Verres and stating that he is not immune from impeachment and conviction by the Roman Senate.