Buddha on Wandering Rightly in the World 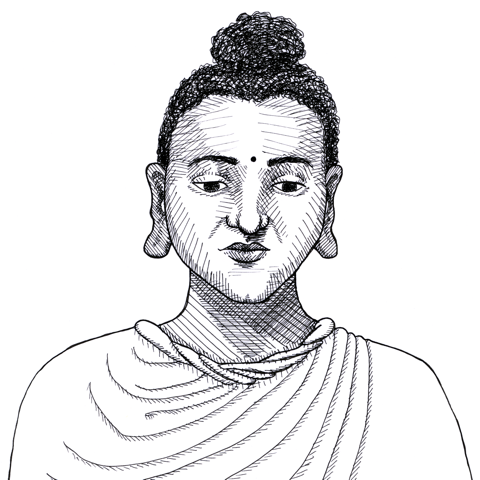 Found in The Gospel of Buddha

Many of the Buddha’s sermons emphasized clear vision, as in this quotation from The Gospel of Buddha (1915 edition):

“Faithful is he who is possessed of knowledge, seeing the way that leads to Nirvāna; he who is not a partisan; he who is pure and virtuous, and has removed the veil from his eyes. Such a one will wander rightly in the world.”

The Gospel of Buddha was composed by the German-American philosopher and theologian Paul Carus (1852-1919), a tireless promoter of Buddhism in North America and Europe. The Gospel of the Buddha was perhaps his most successful and well-known effort in this regard. In it, Carus presented his interpretations of what he thought were the most important insights and teachings of the Buddha, arranged in a way that mimicked the New Testament (to make them more accessible to his Christian audience). The material in the Gospel draws on a wide variety of Buddhist sources, often in a highly modified and revised fashion. This quotation, for example (from the Gospel’s Chapter LIX: “Words of Instruction”) is almost certainly based on the following passage from the Buddhist scripture the Sutta-Nipata (“Collection of Discourses”):

“The believer, possessed of knowledge, seeing the way leading to Nirvana, who is no partisan amongst the partisans, wise after subduing covetousness, anger, such a one will wander rightly in the world.”

Carus’ version stresses the idea of clear sightedness as the key to achieving the liberation of Nirvana. This ties into another crucial Buddhist teaching, the injunction toward “Right View” or “Right Vision” (Samma Ditthi) usually presented as the first positions on the Noble Eightfold Path.