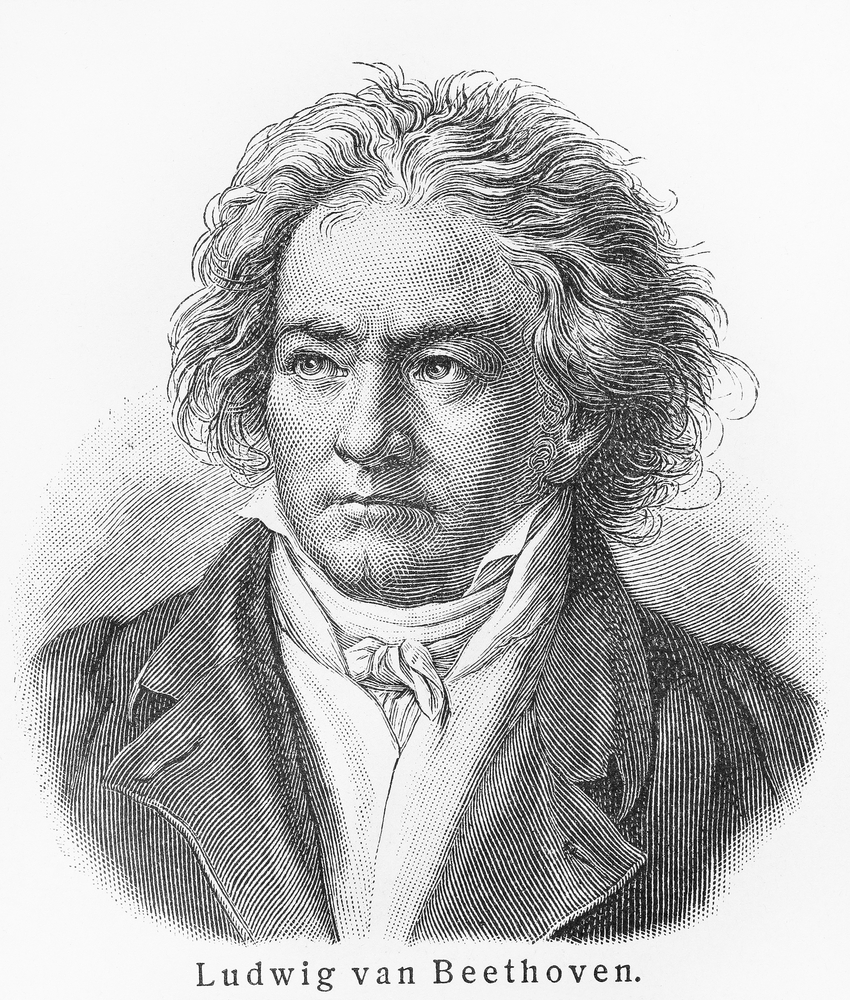 In Beethoven’s only opera, Fidelio (1805), the hero Florestan is imprisoned and laments the loss of his liberty for speaking truth to power. He awaits his wife Leonora who comes to rescue him

Alas! what darkness dense! What horrid stillness! Here in this dark tomb, is nothing known But my deep anguish! Oh, most cruel torture! Oh, Heavenly Providence, how much longer Will this my misery last!

In the bright morning of life My liberty, alas! was lost: These chains are the reward Of true and open speaking. But what avails my lamentations? Hopeless is my condition: The only solace for my torments Rests on my conscious innocence.

Beethoven was a supporter of the ideals of the Enlightenment and the early phase of the French Revolution. He was to begin with a supporter of Napoleon as the embodiment of these ideals and he is reputed to have written the Eroica Symphony with the great man Napoleon in mind. One account has it that when he heard Napoleon had started on one of his many escapades of conquest that Beethoven in a fit of despair and anger scratched out the title “Eroica” as Napoleon was at the gates of Vienna. Another story has it that he had originally wanted to write the 9th Symphony using the radical liberal words of Friedrich Schiller “Freiheit” (freedom) instead of the now used “Freude” (joy) in the choral segment. In a post-1989 fall of the Berlin Wall concert in Berlin, Leonard Bernstein used the words of Schiller in a celebratery concert of the 9th. The sentiments expressed in Fidelio, that of conjugal love, loyalty, hatred of despotism, and love of liberty suggest that Beethoven was indeed a true friend of liberty.