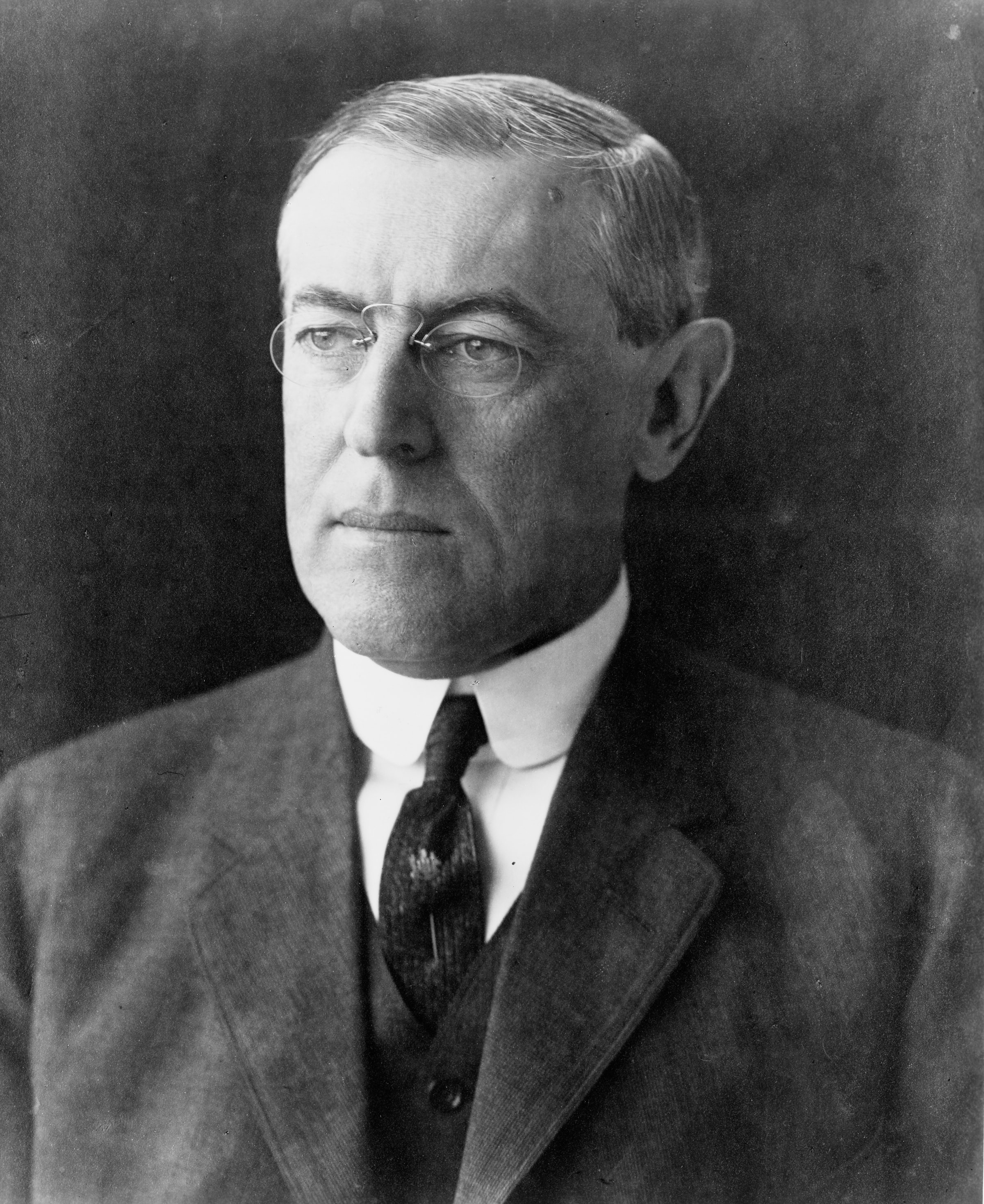 The 28th President of the U.S. He was a professor of jurisprudence and politcal economy at Princeton University before being elected the University’s president. His political career began with the Governorship of New Jersey and he went on to win the office of President in 1912 and again in 1916.