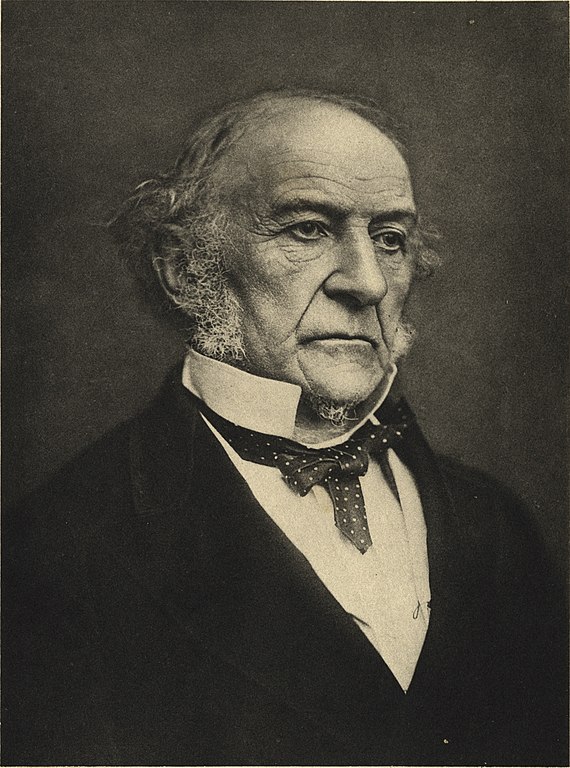 William Ewart Gladstone (1809 – 1898) was a British statesman and politician. He served as the Prime Minister for over a decade (non-consecutive terms). He was popular among the working-class but was often at odds with the legislature. He was a strong proponent for home rule for Ireland.