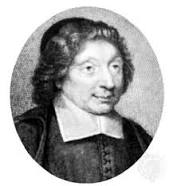 Pierre Nicole studied in Paris and entered the Jansenist (Augustinian) religious community of Port-Royal, where he was made an instructor. He was a colleague of Pascal’s and a strong defender of the Jansenists. The Essais de morale is a polyglot series of reflections on a whole range of moral, social, psychological, and political subjects that have increasingly attracted the favorable attention of modern scholars.