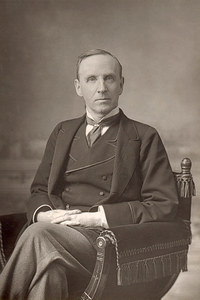 John Morley was a prominent classical liberal in late-Victorian England. He was influenced by the liberalism of John Stuart Mill, edited the Fortnightly Review, wrote biographies of the free trader Richard Cobden, and was a cabinet minister under four Liberal governments.