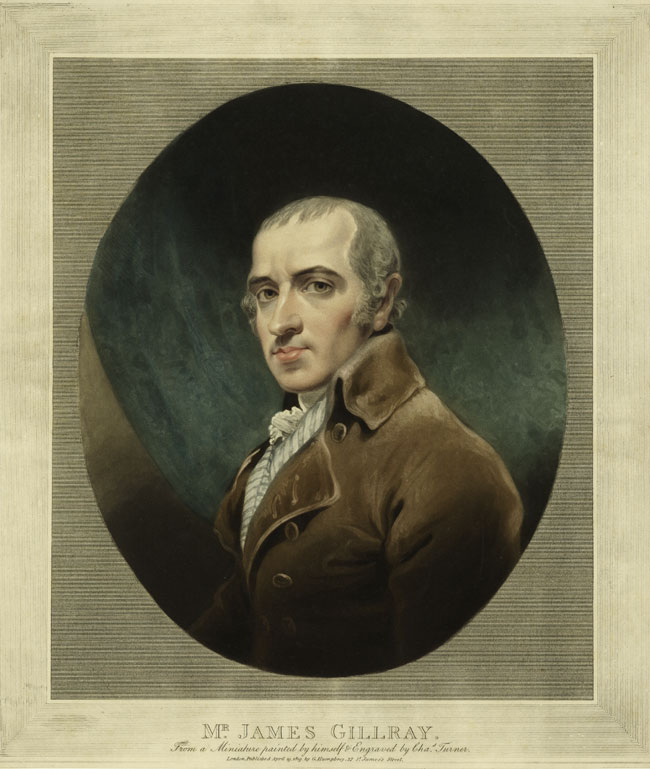 James Gillray (1756-1815) trained as engraver but became best known for making hundreds of caricatures of British social and political life in the 1790s and 1800s. He satirized in particular King George III, William Pitt, the French Jacobins, Napoleon, and many others in the British political and military establishment. A recurring theme in his work was the dramatic increase in taxation and the national debt which was imposed in order to fight the wars against Napoleon and which placed a growing burden on the English people (represented as “John Bull”). Gillray also satirized the large numbers of well-connected people in the government and the military who profited from increased government expenditure by depicting them as greedy cormorants, sucking pigs, highway men, and wasps and hornets.