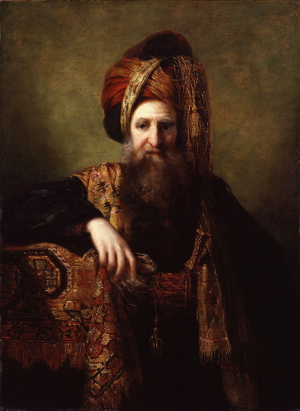 Edward Wortley Montagu (1713 –1776) was the son of a wealthy British Ambassador to the Ottoman Empire and of Lady Mary Wortley Montagu. He was a student of oriental languages at the University of Leiden, which apparently proved useful during the peace negotiations at Aix-la-Chapelle which concluded the War of the Austrian Succession in 1748.