The Intellectual Portrait Series: A Conversation with Leonard Liggio

John Blundell, Director of the British Institute for Economic Affairs, interviews the historian Leonard Liggio. An early leader of the classical liberalism revival movement, Leonard Liggio was one of the most ardent defenders of the tenets of personal liberty in the world. Liggio was the Executive Vice-President of the Atlas Economic Research Foundation, a Distinguished Senior Scholar of the Institute for Humane Studies, and a research professor at George Mason University. 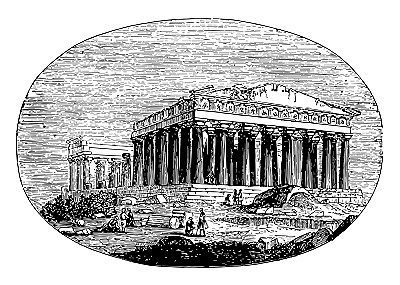 I- Why does Liggio say that Catholic school was a better fit for him than public school?

II- What sort of sources could Liggio access to sate his curiosity about current affairs in his youth? How might his early educational experiences have been different today?

III- Liggio lists several factors and conditions that contributed to the Golden Age of Islam. Why does he think that these are the key factors, and what relevance do they have to both the West and modern Muslims today?

IV- Why does Liggio assert that Athens was superior to Sparta in ancient Greek times?

VI- What factors led to the proliferation of cautionary literary works on government action in the 1930’s and beyond? What are some analogs you can think of in more recent decades?

VII- Which European leader and ideology does Liggio believe inspired Franklin Delano Roosevelt and his administration, and how?

VIII- Why might this model have been appealing to Roosevelt, or the American people at that time in history? Are these trends still present today?

IX- After being convinced that Social Security was merely forced redistribution of wealth, which book did Liggio’s friend recommend that he read? Which portions of this book were important to Liggio, and why?

X- What dispute resulted in Liggio being forced out of Columbia University’s Law program? What would you have done in his place at such a crucial moment in your career?

XI- How does Liggio connect economics and history in the case of France?

XII- In Liggio’s view, what economic factors were the Scholastics of old not aware of when discussing usury? How might such an awareness have changed their thinking?

XIII- How did the lack of Imperial Roman presence in England benefit the Britons and their societal development?

XIV- Where did capitalism first begin to rise during the High Middle Ages? For what methodological reasons did this occur?

XV- Liggio worries about the teaching of history in modern times. He states, “even where people study history they don’t learn any history.” What problem leads him to make this claim?

XVI- Liggio compliments F. A. Hayek’s work, The Constitution of Liberty, for the quality of the resources it includes. Why does Liggio so appreciate this work, and what does that tell you about Liggio’s method for learning?

XVII- Why is Liggio concerned with the choice between constructivist law and common law? Which is the better option in his view, and why?

XVIII- What economic view does Liggio best align with? What influenced him to head in this direction?

XIX- Liggio describes the highest and lowest point of his career. How does the naming of these two events display what Liggio values most? What does he value most?

XX- What issue(s) does Liggio take with the Marshall Plan? How might this reflect his Austrian view of economics?

XXI- Liggio explains that Barry Goldwater had good ideas, but lacked preparation to deal with the public. What lessons does Liggio suggest can be taken away from the Goldwater campaign? What change(s) occurred for economics in terms of public opinion in the elections of Nixon through George W. Bush?

XXII- Why does Liggio agree with Milton Friedman’s statement that we are currently less free than we used to be?

XXIII- For Liggio, what is the relation between wealth creation and liberty?