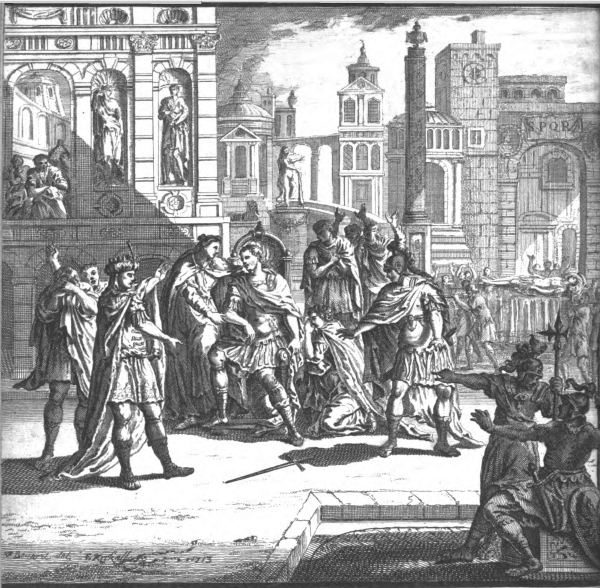 This images comes from the first edition (1713) of Joseph Addison's play "Cato. A Tragedy" which was so influential in the decades leading up to the American Revolution with its story of the courageous Cato the Younger defying Julius Caesar and choosing suicide over surrender. Liberty Fund has recently republished this classic work which can be found online here. The caption which accompanies the image above reads as follows (the first word of some lines are illegible):

See with what Glorious Scorn the Cheife Disdains
To Save his life and link his Country's Chaines
Pent up in Utica and Remote from home Cato's a Roman tho' Excluded Rome
[...ch] his Soul all Servile Acts Abhor'd