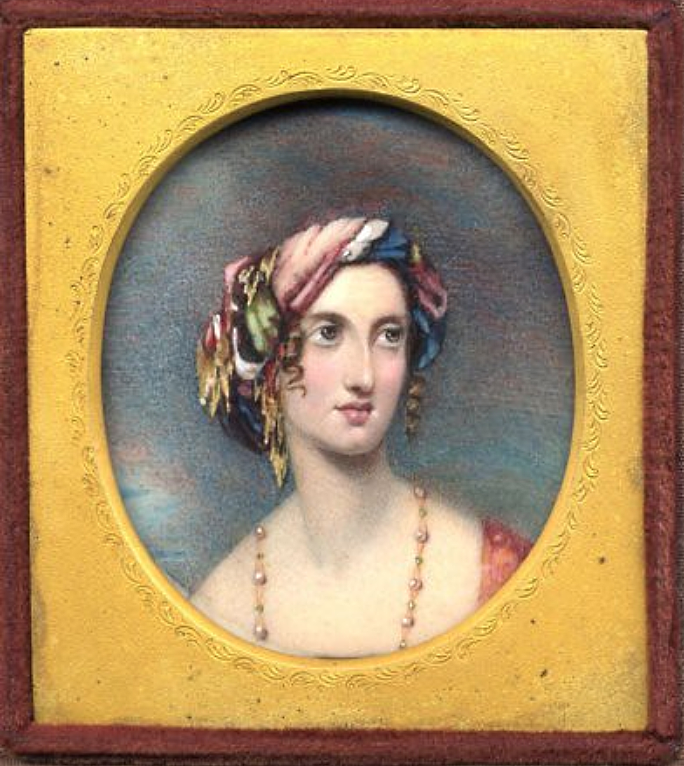 This month's featured birthday anniversary is Harriet Taylor Mill, an English philosopher and early women's rights activist. She was born Harriet Hardy in London into a middle class family (her father was a surgeon) and married John Taylor, a pharmaceuticals merchant, in 1826 when she was 18 and he was 39). Together they had three children over the following five years. During these years, the Taylors became active in the Unitarian Church, and Harriet began to develop her ideas regarding women's rights and female emancipation. In 1849 John Taylor died of cancer. But he did not leave his widow quite alone. In the meantime, she had begun a relationship with the famous philosopher John Stuart Mill. They met in 1830, introduced by the famous Unitarian minister William Johnson Fox, and instantly fell very deeply in love. While they both denied that their relationship was sexual, they clearly adored one another, and John Mill visited the Taylor home almost every night, while Mr. Taylor conveniently left for his club. In fact, despite the scandalous nature of the entire situation, he was remarkably relaxed about his wife's deep friendship with another man. In 1833, John Mill and Harriet Taylor lived together in Paris for a time. By 1834, Harriet had established her own residence in London, seeing her husband only occasionally, while Mill was a frequent visitor. Her daughter lived with her, and her two sons lived with Mr. Taylor. She did, however, take care of her husband at the end of his life as he succumbed to cancer.

She married John Stuart Mill in 1851 and they lived together in his house in Blackheath, London, with Harriet's children. The pair's relationship had by this time scandalized much of British society, from which they largely withdrew. To further their social isolation, most of Mill's family disapproved of his marriage to Taylor, leading to his increasing estrangement from them. Taylor had never been in the best of health, having suffered from both respiratory diseases (including tuberculosis) and nervous ailments. In 1858, the couple decided to relocate to southern France for the healthier climate. During their relocation Taylor's health failed. She died on November 3 of that same year and was buried in Avignon. Mill bought a house near the cemetery, living much of the rest of his life there, most of it in the company of Taylor's youngest child, Helen, nicknamed "Lily" (1831-1907), who became his sole heir. He died in 1873 and was buried next to his wife.

What little we know of Harriet Taylor Mill's philosophical and political views demonstrate positions on women's rights that were very radical for the time. She wanted not just better protections and opportunities for women, but complete legal and economic equality with men. She argued that marriage, as it currently existed, was a kind of slavery, for which women had been educated and prepared during their childhoods, and which the legal and economic systems perpetuated by making wives utterly dependent on their husbands. Although Harriet Taylor published very little under her own name, according to John Stuart Mill himself, her intellectual influence was absolutely crucial to his own work. He credits her specifically with important contributions to Principles of Political Economy(1848) especially the chapter "Of the Probable Futurity of the Working Classes," On Liberty(1859), andThe Subjection of Women(1869). This last work is especially interesting in this regard, since its overall structure and argument resembles in many respects an article Harriet wrote in 1851 entitled "The Enfranchisement of Women." While Mill himself was adamant that many of his works represented close collaborations with his wife, some of his contemporaries, and some modern scholars, baulked at his repeated assertions and doubt if her intellectual contributions were, in fact, as substantial as Mill insisted (see, for example, David Conway's comments in September's Liberty Matters). Some scholars have argued for a kind of middle ground between these two positions, suggesting that Harriet Taylor Mill was indeed an important intellectual influence on her friend and husband, but that John Stuart Mill might have exaggerated the extent of her contributions due to his own love and admiration for her.