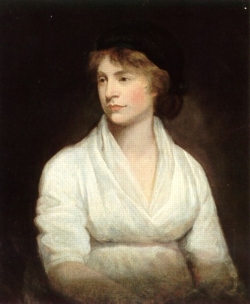 This is part of “The Best of the Online Library of Liberty” which is a collection of some of the most important material in the OLL. A thematic list with links to HTML versions of the texts is available here. This is a chapter from one of the founding texts of modern feminism which Wollstonecraft wrote during the French Revolution. She extends the idea of universal natural rights to include women and urges parents to devote the same effort in educating their daughters as they did their sons so that they may might reach their full potential.