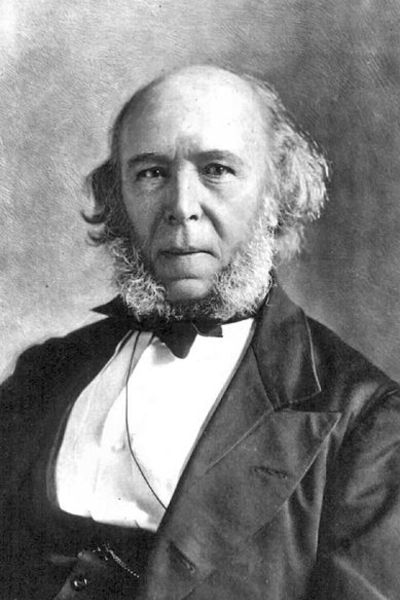 This is part of “The Best of the Online Library of Liberty” which is a collection of some of the most important material in the OLL. In this chapter Spencer applies his theory of militant and industrial types of society to predicting how Britain, Europe, and the US would develop in the near future. In the late 1870s and early 1880s when he was writing it seemed that European societies were tending away from war and the coercive “militant” type of society and were turning increasingly to a more voluntary market-based or “industrial” type of society. If this trend continued, he predicted that more and more activities which had been undertaken by the state would be supplied voluntarily by local communities or by the free market unless a new war broke out or if people chose to align themselves with coercive trade unions or political parties.