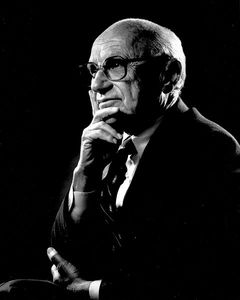 This is part of “The Best of the Online Library of Liberty” which is a collection of some of the most important material in the OLL. This essay is by the American economist Milton Friedman in which he makes the case that political and economic liberties are intimately linked. As a “19th century classical liberal” Friedman argues that modern day liberals are mistaken to think that political liberties are more important than economic liberties and that in a fully socialist society there would be no political liberties as well.