Reading Room / A View of Jefferson for the 21st Century

A View of Jefferson for the 21st Century 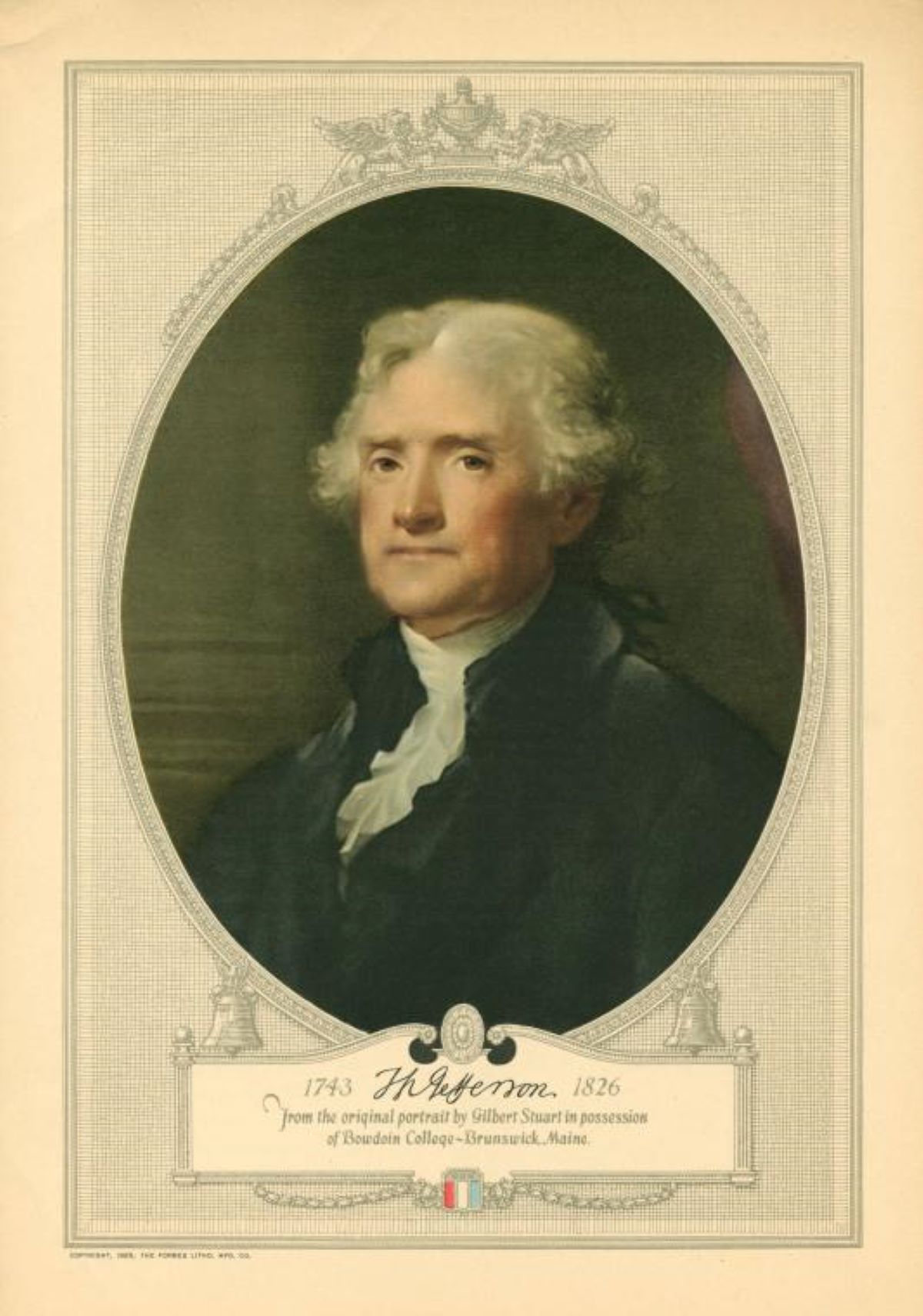 There’s a deep tension in society about how to view America’s founding. Some people see the creation of America as a product of enlightenment, based on the ideals of liberty, independence, and pluralism. Others see America as a state conceived in slavery, genocide, and degradation. This tension is palpable in how we look at Thomas Jefferson. Thomas Jefferson was a slaveowner who idealized the values of freedom and equality under the law. Thomas Jefferson uniquely represents the American dilemma of progress versus pragmatism.

Thomas Jefferson was undoubtedly racist, even for his time. First, Jefferson owned more than 600 slaves over his lifetime. His financial self-interest overcame his moral sensibilities, despite writing about how slavery was a moral stain on society. Violence was common on his plantation, and Jefferson was known as being one of the less pleasant slaveowners of his time. Worse, after Jefferson died, rather than freeing his victims, most of them were sold to other slaveowners to pay for the debts he accumulated. Additionally, Jefferson appears to have raped his slave Sally Hemmings and fathered several of her children. The idea that Jefferson is without deep flaws clearly presents an inaccurate view of him. Jefferson’s writing repeatedly makes clear his views on black people. Jefferson describes black people as “emotionless” and having weak cognitive capacities, and he uses this description to justify his racist sensibilities.


Despite his acknowledged prejudice, Jefferson’s legacy remains largely antiracist. His initial Declaration of Independence included a section on the grave necessity of ending slavery. Slavery was described as a “cruel war against human nature itself, violating its most sacred rights of life and liberty.” Although the clause was removed by several southern states, the message of the Declaration of Independence--that all men are created equal--is a statement later used by human rights organizations recognizing this ideal as an important part of the American creed. In his 1780 Notes on the State of Virginia, Jefferson expressed support for a colonization plan to phase-out slavery. Following this up, Jefferson submitted an ordinance in 1784 that prohibited slavery in all new states carved out of the western territories ceded to the national government established under the Articles of Confederation. Although the Ordinance didn’t pass, later ordinances took inspiration and prohibited slavery in the Northwest Territory. Finally, in 1807, Jefferson signed the Act Prohibiting Importation of Slaves, ending the international slave trade.


Like Jefferson, our nation has never fully embraced the notion that all men are created equal. Many key areas of domestic policy reflect this reality. Exclusion from housing, sentencing disparities, wealth inequality, educational inequity, and police brutality statistics continue to reflect the reality that society’s roots lie in racial hierarchy. Should we shield our people from this undeniable truth? Like Jefferson, our nation uses our ideals to push forward. The reduction of the achievement gap, the drive to open up educational opportunities to the disadvantaged, and the Black Lives Matter movement demonstrate that America strives to become better. Many Americans spend their lives devoted to fighting for a fairer freer future. Do we gain from pointing out the hypocrisy of our statement?


Ideals may not always be achieved, but they should be reached for. Dismissing our founding fathers and eschewing tough conversations about American history is ultimately mistaken. Abandoning our Declaration of Independence and its flawed founder may be viscerally satisfying, especially in light of Jefferson’s flaws. Progress is slow in this country, and Jefferson is clearly morally compromised. On the other hand, Jefferson made real steps towards changing an immoral order, and his efforts and philosophy should be remembered. Acknowledging attempts to change the status quo should be respected and revered.


Sanctity and profanity are two sides of the same coin. Both prevent a deep understanding of our history. It’s not patriotic to believe that Jefferson was larger than life. It’s not nuanced to tear down statues without democratic deliberation. As Americans, we have a duty to continue to struggle with founders like Thomas Jefferson. History’s rich tapestry does not neatly comport. Contextualization and understanding others may help us understand ourselves as a people and as a nation.

Why struggle with T. Jefferson when we could and should look to J. Adams as the more perfect source of the aspirations at the founding.

Adam's political philosophy and documents weren't nearly as consequential. That being said, I like Adams (minus the alien and sedition stuff)

Isadore J. IMO, As a role model of a human being, political philosopher and politician Adams stands head and shoulders above Jefferson.