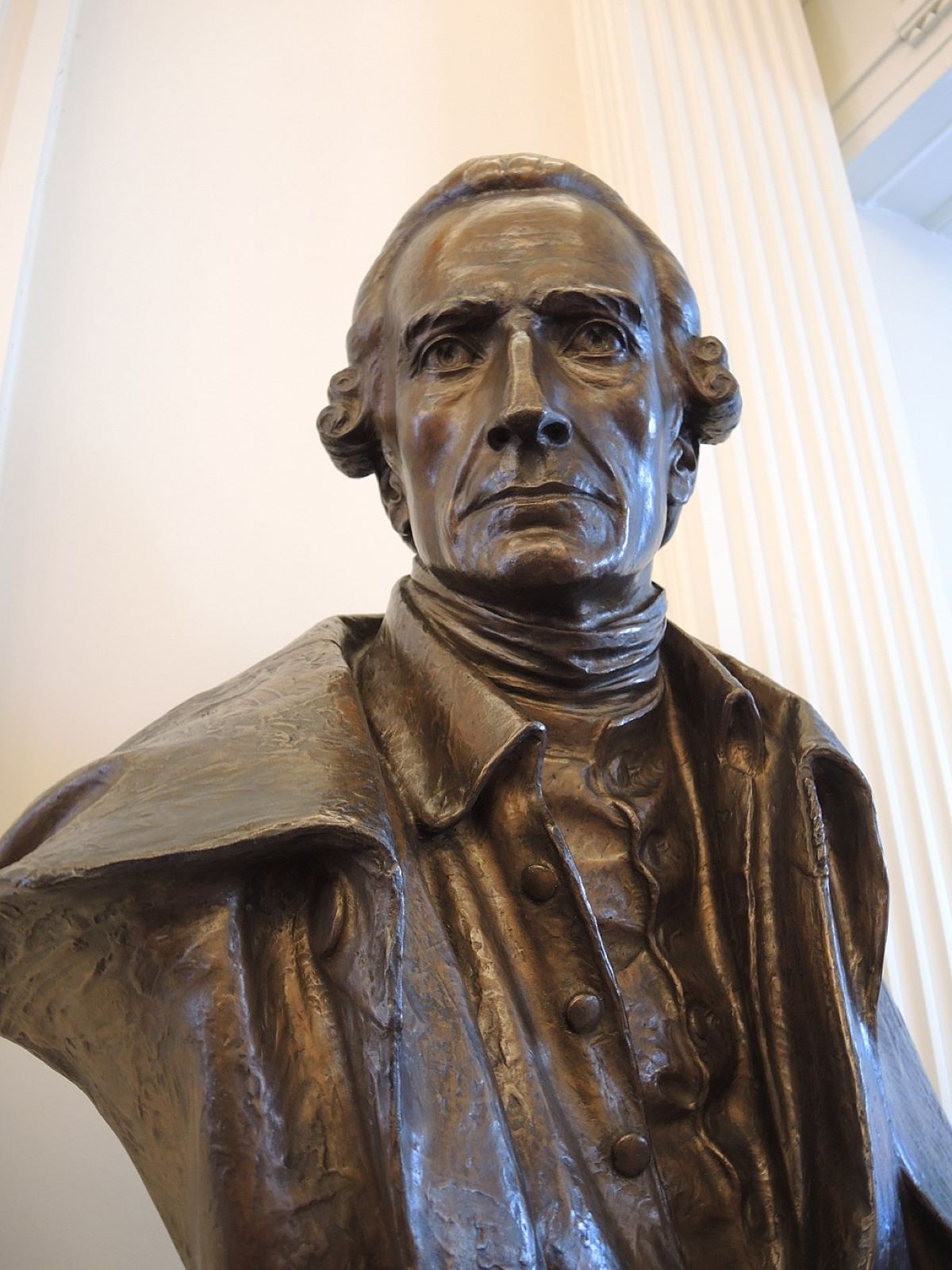 Patrick Henry was born on May 29, 1736, in Hanover County, Virginia. He tried his hand at running a store at 15 but was unsuccessful. In 1754, at age 18, he married Sara Shelton and was given 6 slaves and 300 acres of land as a dowry. Although he tried hard to build a successful plantation, he struggled to grow tobacco at a profit, and in 1757, his farmhouse burned down. But Henry did not give up on trying to make something out of himself. Following the loss of his farmhouse, he managed a tavern for his father-in-law while studying to become a lawyer.

The first major legal case of Patrick Henry’s career happened in 1763. The ministers of the Church of England were paid their wages in an annual amount of tobacco. During a shortage, however, tobacco prices spiked, significantly increasing the cost of employing clergy. To control this cost, the Two-Penny Act was passed by the Virginia Legislature, which limited compensation of the priests to two pennies per pound of tobacco, as opposed to the six pennies that it actually cost. The Anglican clergy successfully petitioned the King to overturn the law and asked for opportunities to seek back pay. Reverend James Maury sued Hanover County for back pay, which the courts agreed had a factual basis, but left the damages for the jury to decide. Patrick Henry, serving as a lawyer for Hanover County, convinced the jury to award only one farthing in damages, effectively nullifying the King’s veto of the law. In the process, he denounced the clergy for their deeds and challenged the limits of England’s power over the American colonies, in particular, Virginia.


Patrick Henry took a similarly rebellious attitude towards England in his political career. Reacting to the Stamp Act of 1765, nine days after being elected to the Louisa County House of Burgesses, Henry introduced the Virginia Stamp Act Resolves, which proclaimed that colonists had the same rights as Britons, and that taxation should only be enacted by one’s representatives. His persuasive and passionate speeches were similar in oratorical style to the evangelical preachers of the Great Awakening. However, Henry was also known to have a shrewd and ornery approach to political power, resorting to waiting out opposition, name-calling, and insulting political opponents.


Most importantly, Henry was known for being a speaker who sparked the flames of treason. As a member of both the first and second Continental Congresses, he worked with fellow Virginia delegates to call for rebellion, arguing for Americans to unify and create a government: “Fleets and armies and the present state of things shew that Government is dissolved… I am not a Virginian, but an American.” Although Patrick Henry failed to convince other colonies in the first Continental Congress, he managed to convince many of the importance of rebellion. The next year, at the Virginia Convention of 1775, in defense of his resolutions for equipping the Virginia militia to fight, he crafted his most influential speech. “Is life so dear or peace so sweet, as to be purchased at the price of chains and slavery? Forbid it, Almighty God. I know not what course others take, but as for me, give me Liberty, or give me death.” This speech was heard by Thomas Jefferson and George Washington and was influential in Henry's appointment as commander of the Virginia forces for six months. The following year, Patrick Henry was elected governor of Virginia from 1776 to 1779, and later from 1784 to 1786. As governor, he worked tirelessly to help supply soldiers and equipment to the revolutionary effort.


After the Revolutionary War, Henry was known for his opposition to the ratification of the 1787 U.S. Constitution. He authored several anti-Federalist papers, arguing that a powerful and centralized federal government could evolve into the monarchy America had escaped. His role in producing the anti-Federalist papers helped lead to the eventual Bill of Rights. By 1790, his legal career had blossomed and Henry was offered many appointments to important positions including Secretary of State, Supreme Court Justice, and Attorney General. He declined to accept these offices, aiming instead to spend time with his wife. However, towards the end of his career, he began to warm to the Federalists, and opposed the Virginia and Kentucky Resolutions of Jefferson and Madison. He worried that the spirit of the French Revolution would lead to America’s downfall and preached unity, joining the Federalist party and winning a seat in Virginia’s legislature, but dying before he assumed office.


Patrick Henry’s iconic speech eschewing safety in favor of liberty is still used today in struggles against repressive governments. His rousing words inspire advocates of freedom to this day.