Home / Quotations / Bagehot on Government, the ...

Bagehot on Government, the banking system, and moral hazard (1873) 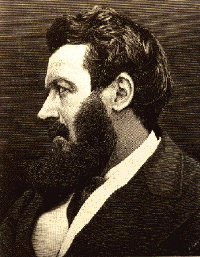 The British economic journalist Walter Bagehot (1826-1877) wrote in 1873 a perceptive analysis of the dangers of government meddling in the money market in general and in banking in particular. Without using the exact term he came up with the idea that a “moral hazard” would occur if the government propped up a failing bank leading other banks to assume that the same would happen to them if they were reckless in their handling of money:

Still less should it [the government] give peculiar favour to any one [bank], and by entrusting it with the Government account secure to it a mischievous supremacy above all other banks. The skill of a financier in such an age is to equalise the receipt of taxation, and the outgoing of expenditure; it should be a principal care with him to make sure that more should not be locked up at a particular moment in the Government coffers than is usually locked up there. If the amount of dead capital so buried in the Treasury does not at any time much exceed the common average, the evil so caused is inconsiderable: it is only the loss of interest on a certain sum of money, which would not be much of a burden on the whole nation; the additional taxation it would cause would be inconsiderable. Such an evil is nothing in comparison with that of losing the money necessary for inevitable expense by entrusting it to a bad bank, or that of recovering this money by identifying the national credit with the bad bank and so propping it up and perpetuating it. So long as the security of the Money Market is not entirely to be relied on, the Government of a country had much better leave it to itself and keep its own money. If the banks are bad, they will certainly continue bad and will probably become worse if the Government sustains and encourages them. The cardinal maxim is, that any aid to a present bad bank is the surest mode of preventing the establishment of a future good bank.

Walter Bagehot came to the firm conclusion that banking was a trade like any other, that all government interference in a trade causes injury to that trade, and that therefore the best policy for a government to follow was that of laisser-faire [“let it take care of itself”]. If a government did step in to save a failing bank (in this case by depositing government funds in the bank to prop it up) then the rescued bank enjoyed what he called “a mischievous supremacy” over the other banks which were not so favored by the government. The net result was that a bad bank was allowed to continue to function, thus creating what we now call a “moral hazard”. Bagehot called his conclusion on this matter “the cardinal maxim”, namely “that any aid to a present bad bank is the surest mode of preventing the establishment of a future good bank.”