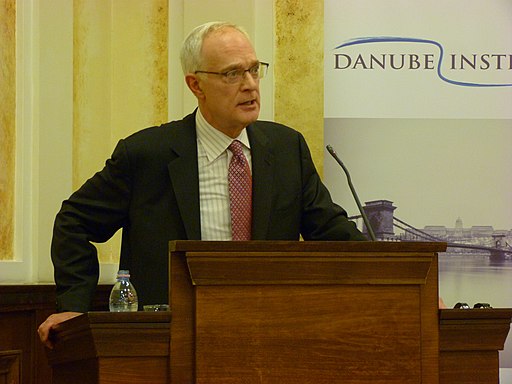 Interviewer Christopher Demuth is president of the American Enterprise Institute, a position he has held since 1986. He has also been editor and publisher of Regulation magazine, an administrator for regulatory affairs at the U.S. Office of Management and Budget, and executive director of the Presidential Task Force on Regulatory Relief in the Reagan administration. His articles on government regulation and other subjects have appeared in The Public Interest, Harvard Law Review, The Yale Journal on Regulation, The Wall Street Journal, Commentary, The American Enterprise, and elsewhere.