In March 2007 we attended the American Society for 18th Century Studies annual meeting in Atlanta, Georgia. The OLL and Liberty Fund have a strong interest in the 18th century as the following items indicate. We have significant holdings in the following areas:

See our flyer for the event (PDF) 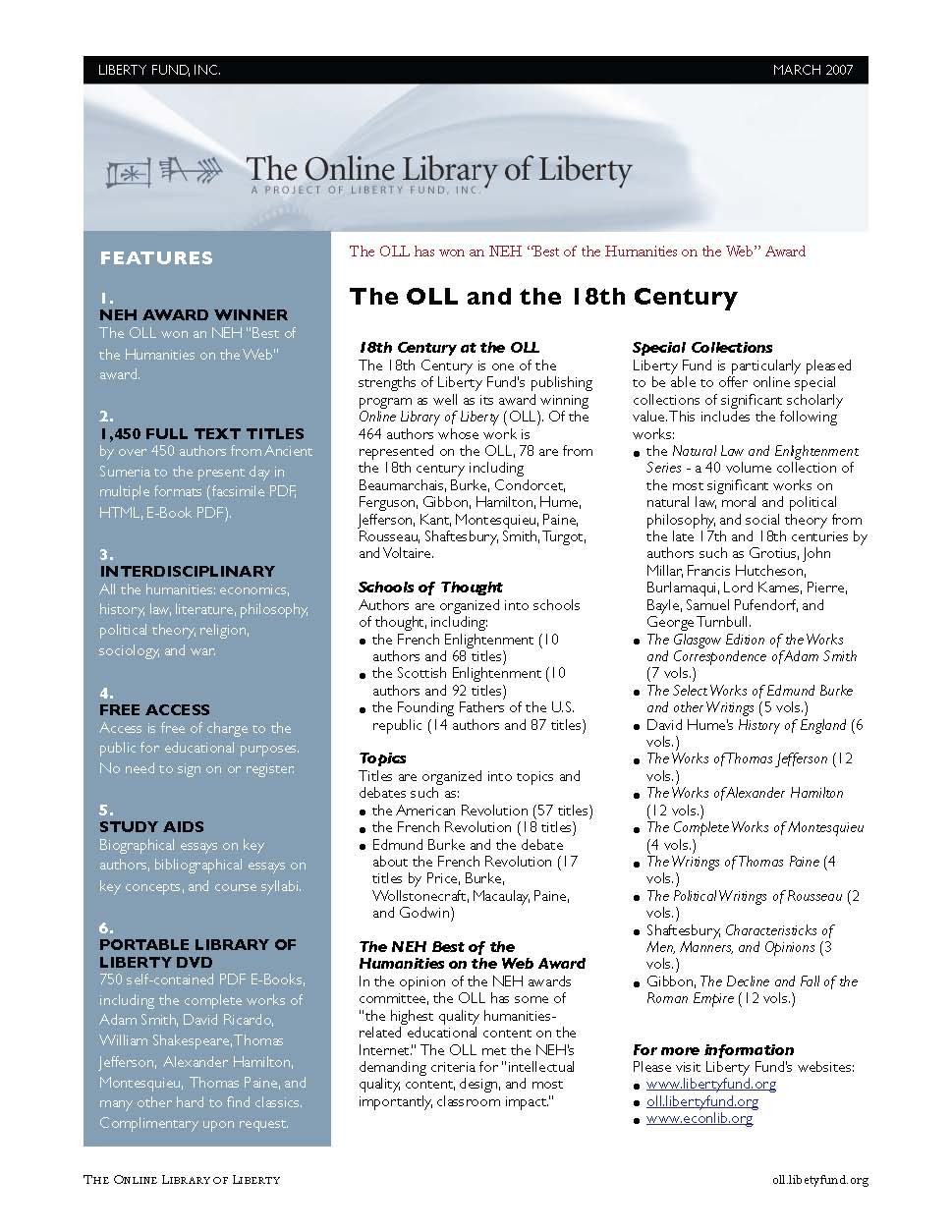